Welcome to our Spring 2019 workshops
at NYU Center for European & Mediterranean Studies
Fridays, 4:30 to 6 p.m.

We have an exciting program planned for the Spring. Come join us!

“Governing in the Name of Caring:
The Nordic Model of Prostitution and Its Punitive Consequences for Migrants Who Sell Sex”

“How the Far Right Uses ‘Gender Ideology’ to Fight Equal Rights for Women and Minorities. The Case of Bulgaria”

“The Impact of Neoconservative Activism on Backsliding of Croatian Gender Policies”

We meet at the Center for European & Mediterranean Studies, NYU, 53 Washington Square South, 3rd floor (3E on elevator button), 4:30 to 6 p.m. After the workshop, we usually continue the discussion over an informal dinner, and all are welcome.

All are welcome, but you must RSVP, either to Sonia Jaffe Robbins (sjr1991@gmail.com) or Nanette Funk (nfunk@brooklyn.cuny.edu). 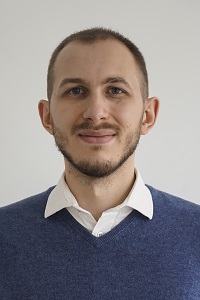 Red Days on the Calendar:

The Politics of Menstruation in Soviet and Post-Soviet Russia

(Co-sponsored by the Harriman Institute, with support from a grant from the Carnegie Corporation of New York)

All are welcome, but please RSVP to Johnson@brooklyn.cuny.edu so that we can leave your name at the door.

Dr. Pavel Vasilyev is currently a Polonsky Academy Fellow at the Van Leer Jerusalem Institute and Junior Research Fellow at Siberian State Medical University. He defended his doctoral dissertation on drug abuse and drug policy in early Soviet Russia at the St. Petersburg Institute of History of the Russian Academy of Sciences in October 2013. Between 2014 and 2016, he was a Postdoctoral Fellow at the Center for the History of Emotions in Berlin, where, within the framework of the Law and Emotions research group, he examined the role of emotions in early Soviet legal thought and practice. His most recent publications include articles in Rechtsgeschichte – Legal History, Historical Research and The Journal of Social Policy Studies. His current research project, tentatively entitled Red Days on the Calendar: A Cultural History of Soviet Menstruation, examines various types of knowledge about menstruation, diverse emotions associated with it as well as evolving bodily practices and technologies that the Soviet women used to deal with their menstrual cycles.