Exploring the Complex Life of Rural Women in Tajikistan through Film

Our last presentation for the fall semester features the work of Hushnuda Shukurova, a Tajik feminist, activist, and film maker.  She will speak about her documentary, “Live Life Regardless,” which traces the life of a Tajik widow, mother of eight, w 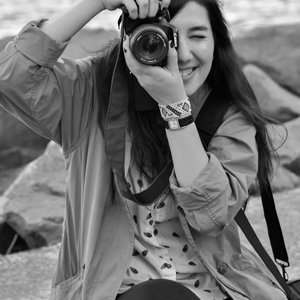 ho provides for many in her village. See trailer here: http://vimeo.com/khushnuda.

The workshop meets from 4:30 to 6:00 pm at the Center for European and Mediterranean Studies, New York University, 285 Mercer Street (between Washington and Waverly)

Friday, November 7 we are excited to bring two speakers:

“From Solidarity to Backlash: Engendering Polish Revolution and Transformation in Women’s Life Writing”

Prof. Klimek-Dominiak is Assistant Professor and Head of Gender Studies at the University of Wrocław. Her publications include : “Disintegration of a Jewish Polish Identity and Re-Invention of a Postmodern Hybridized Self in Eva Hoffman’s Lost in Translation: Life in a New Language.” Belgrade English Language and Literature Studies 3 (2011) and ”Fictions of Western Hypermasculinity and Freedom: A. Proulx’s Close Range: Brokeback Mountain and Other Stories.” Anglica Wratislaviensia 47 (2009).

Her presentation interrogates the gendering of the Polish non-violent (r)evolution of ’ June 89, the current backlash against Polish democratization process in the form of  cultural war on “gender ideology” and considers how the process of reclaiming women’s representation of the Polish underground movement of the 1970s, 1980s and transformation has become a revolutionary force uniting the liberal feminist mass social movement of Kongres Kobiet (appr.10 thousand women in the Congress of Women with its regional chapters), the more academic feminist wing of the New Left of Krytyka Polityczna [Political Critique] and street movement associated with March 8, Manifa and One Billion Rising groups.

“We Want Rights, not Charity:” Gender and the Meanings of Citizenship in Post-Socialist Romania”

Jill Massino is an Assistant Professor of European history at the University of North Carolina at Charlotte where she teaches courses on modern Europe, Communist and Post-Communist Eastern Europe, history and memory, and gender and war. Her publications include: Gender Politics and Everyday Life in State Socialist Eastern and Central Europe, coedited with Shana Penn (2009); “From Black Caviar to Blackouts: Gender, Consumption, and Lifestyle in Ceauşescu’s Romania,” in Communism Unwrapped: Consumption in Cold War Eastern Europe, ed. Paulina Bren and Mary Neuburger (2012); and “Something Old, Something New: Marital Roles and Relations in State Socialist Romania,” Journal of Women’s History (2010). She is currently completing a book manuscript, “Ambiguous Transitions: Gender, the State, and Everyday Life in Postwar Romania,” which blends archival, legislative, and media resources with oral history interviews to examine the lived experiences of women and men in socialist and post-socialist Romania. Her new project will explore Romania’s relationship with various countries in the Global South during the Cold War.