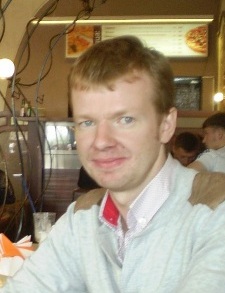 Our second meeting of the fall semester features Alexandr Berezkin, Russian sociologiest and LGBT and Intersex activist. He will speak on “Russian Intersexuality: Resistance and Conformity.”

Berezkin is a graduate of Kemerovo State University in sociology and has worked for over six years as a sociologist. His LGBTI-activism began in 2011, and in 2012 Berezkin became head of the regional branch of Russian LGBT Network in Vladivostok. He was the initiator and creator of a support and information group for intersex people “Association Russian-Speaking Intersex” in 2013. He has participated as a co-executor in the “Monitoring and assistance to victims of crimes motivated by homophobia and transphobia in Russia in 2011-2012”, which was organized by Russian LGBT Network and the German Foundation “Remembrance. Responsibility. Future”. He took part in the program “International Visitors Leadership Program on LGBT Human rights in Russia” in November 2013.

He is the author of over fifteen articles and worked at Far Eastern Federal University in Vladivostok from 2010-2014. He was forced to resign in 2014, however, because of his activism and is now seeking political asylum and living in New York City.