Please join us for the final meeting of the Spring 2016 term.
**RSVP is required to anastasia.skoybedo@nyu.edu for this workshop.** 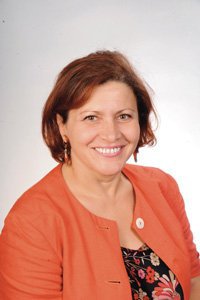 Indira K. Skoric holds a Ph.D. in human development from Fielding Graduate University and two master’s degrees, in international relations and gender studies). She is an aSdjunct assistant professor at the City University of New York’s Kingsborough Community College and Guttman Community College, where she launched the Immigration HUB, started an immigrant women’s support group, founded Immigration Day, and participated in the Brooklyn Public Scholars Project. She is also an adjunct professor at SUNY/Plattsburgh. Indira has extensive development experience with large organizations, such as the International Organization for Migration, and advises a number of community-based and women-led groups and organizations, including the Reconciliation and Culture Cooperative Network and Women in Black. Her work has been recognized through awards and fellowships: a Revson Fellowship (Columbia University), the Union Square Award for Organizing in New York City, and an AAUW Fellowship. In 2013, she was awarded the President’s Voluntary Service Award by President Barack Obama. Indira is working on two book projects: on gender and sexual violence in war, and on women and immigration. And she is the mother of a 12-year-old athlete and avid snowboarder.
She acknowledges a grant from the Network of East-West Women for this presentation and research.