“Gender and Resistance in Europe”

GENDER and TRANSFORMATION: WOMEN in EUROPE Workshop—a project at New York University with support from the Network of East-West Women—invites speakers to submit proposals for Friday afternoon talks for the Spring semester at the NYU Center for European and Mediterranean Studies.
As usual, we are looking for speakers to discuss gender, sexuality, or women in Europe or Eurasia. For Spring 2018, we are particularly (but not only) interested in speakers addressing
• resistance to the many threats to gender equality and gender studies in Europe, such as
— “anti-genderism,”
— attempts to roll back gender equality policy and practice (such as on reproductive rights and gender violence),
— attacks on gender studies,
— gendered attacks on refugees and asylum seekers.
• the relation of anti-women/anti-gender and anti-immigrant campaigns,
• analysis of these movements, as part of right-wing populism, nationalism, or the global right, addressing such questions as
— How has the right organized its campaigns?
— What is the relation between the anti-immigrant and anti-gender campaigns in EE?
— In what ways has the history of fascism in Europe played a role in these developments?
The workshop’s focus is on the postcommunist countries of East, South, and Central Europe, and the former Soviet Union, including the Baltic countries and Central Asia, and their relationship to Europe and the European Union. We are interested in papers on these issues in western European countries and Turkey as well. We are also interested in comparative accounts.
Recent workshops have included such topics as critique of law faculties in Eastern Europe, women’s protests in Poland against banning abortion completely, and anti-genderism in Germany, Moldova, Armenia, and Russia. Recent speakers have included Dubravka Ugrešić, Katherine Verdery, Hana Havelkova, and Barbara Havelkova.
The workshop is an informal and friendly group of about 20 feminist scholars, activists, and journalists who have been meeting for more than two decades and are knowledgeable about the region. This is the perfect space to present recent theoretical and/or critical work, empirical research, and critical and scholarly reflections on your activism.
We offer a small honorarium. We regret that we cannot cover transportation expenses to New York City or offer assistance for visas or accommodations.

•  a title for your talk
• an abstract of less than 200 words describing your proposed talk
• a one-page curriculum vitae or resume.
• your schedule clarifying which weeks or months you plan to be in or near New York City and would like to present

All proposals are welcome from the region and experts from the U.S. or elsewhere, activists or scholars. We will get back to you as soon as possible.

“Split Families and Family Members Left Behind:
Migration from Georgia” 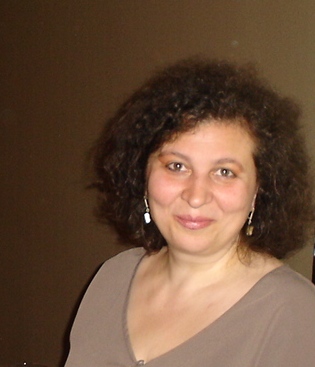 Ia Iashvili has been teaching at the Ivane Javakhishvili Tbilisi State University in Georgia for the past seven years, and director of the American Studies Center at Akaki Tsereteli State University, Kutaisi, Georgia, where she has also taught for 20 years. Her Ph.D. is in human geography. She has published widely in the areas of demographics, migration, environmental management, and tourism, with articles in such publications as Humanities and Social Sciences Review, Academic Journal of Science, Journal of American Studies, and Caucasus Geographical, as well as chapters in Main Issues in Human Geography and Workbook of the First International Conference “Kolheti lowland water ecosystems—protection and efficient use”. She was the project director for creating gender studies centers at Georgian universities, supported by the Open Society’s Georgia Foundation, and a coauthor of Georgia’s CEDAW report in 2002.